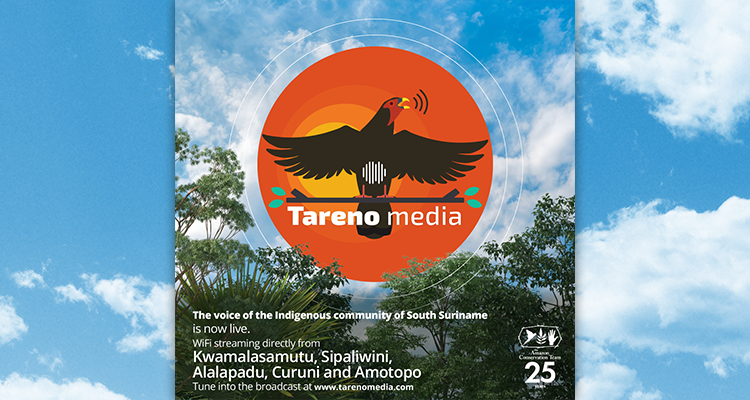 The project was developed in 5 communities: Kwamalasamutu, Sipaliwini, Alalapadu, Amotopo and Curuni, where ACT-S installed satellite internet and solar energy. In addition, the radio station from which broadcasts are made in Kwamalasamutu was equipped, and an application for the streaming service was developed.

As part of this initiative, ACT-S trained a volunteer radio announcer, and will train volunteers from each village in the coming months. Each village will be able to record and upload its own programs, which will be broadcast in Dutch, Sranan, Trio and Wayana. In addition to news, music and entertainment, this station also offers excellent opportunities to share educational and informative content. Stakeholders in Paramaribo, such as the Medical Mission, the Government and other organizations, will also send content on a monthly basis.

The station provides an online podcasting service, so indigenous communities and other populations from around the world will now be able to listen to the people of South Suriname. Having their own radio station is very important for these communities: it allows them not only to connect with the world, but above all to connect with each other. Improving their communication means improving collaboration, coordination and joint work among the communities and, thus, protecting their territory, strengthening indigenous governance, facing threats and improving their wellbeing.

This project was made possible thanks to the joint work of the communities, indigenous organizations and various donors. Thanks to funding from the European Union, through the Amazonia 2.0 project, ACT-S has been able to record radio messages that will be transmitted through this station, about the important work carried out by Rangers supported by ACT.

Get connected and listen: https://tarenomedia.com/