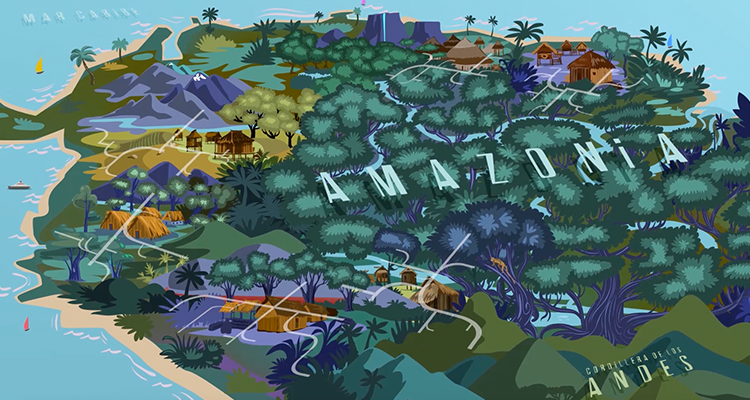 CONEXIÓN AMAZONÍA (Amazon Connection) is an animated short film that seeks to portray the story of the local actors of the Amazonia 2.0 project in a universal, intercultural and intergenerational way, which breaks language barriers and demonstrates in a narrative and dynamic way, the intervention model of the project in its 6 countries of implementation: Brazil, Colombia, Ecuador, Guyana, Peru and Suriname.

The short film was developed over 3 months at the end of 2020, by a team of 8 creatives, including illustrators and animators. Its official premiere took place on February 12, 2021, as part of the Amazon Day, at the "Amazonian Evening" event organized by the Amazonia 2.0 project, in partnership with IUCN South America and the European Union in Peru. In this digital encounter, more than 500 spectators enjoyed the transmission of the animated video, which was received with great joy and enthusiasm.

As of March 17, 2021, the short film is free for viewing on the YouTube and Facebook channels of IUCN South America. We hope during 2021 to participate with this audiovisual piece in different environmental and animated film festivals and fairs, expanding the project's audience and raising the message of the fight for the conservation of the Amazonian territory.

Be sure to watch CONEXIÓN AMAZONÍA!